A resurfaced Phillip Island meant that times were faster than ever, this also saw some huge crashes as riders relearnt the limits of the fast and flowing Australian track. Brad didn’t want to risk a crash in FP1 so was somewhat reserved. His put his Mahindra in 17th with a time of 1’39.497, just .2 behind Efren Vazquez on the factory Mahindra.

FP2 saw the young South African cut .8 from his lap time and improve by 9 places, now running in 8th and just .2 behind leading Mahindra Miguel Oliveira. Brad and the team were very happy with the progress. The gusting wind had caused all the Moto3 bikes issues as the front was lifting and pushing the bikes wide. Brad was confident that with less wind he could go even faster. 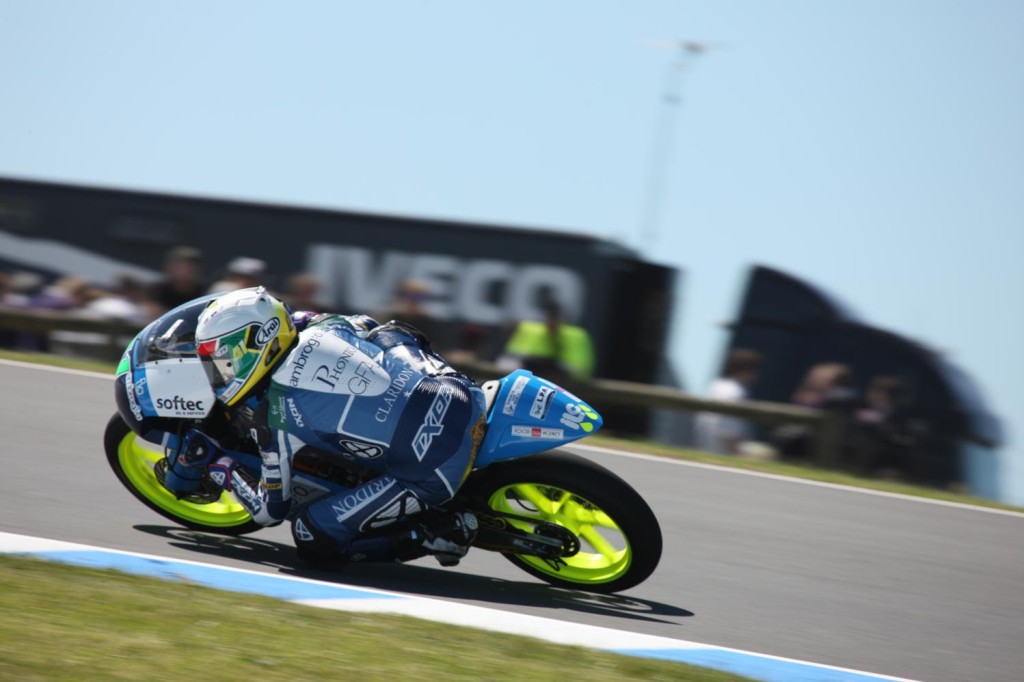 Saturday saw unusually pleasant conditions, with low winds and warm temperatures. Lap times continued to drop, as the little Moto3s were no longer battered by the wind. FP3 saw some surprising results with riders finding a vain of speed. Brad’s time now dropped to 1’37.789 and was 12th fastest in the session. This continued his strong form from Friday and the South African was very pleased with the progress.

A strong performance in qualifying showed the progress that Brad and the team have made with the Mahindra from Misano, learning a bike in such a short time is astoundingly difficult, but Brad has managed it. The 18-year old South African put his MGP30 in 15th on the grid.

“Today went well, we continued some changes with the bike and it all went well. 15th might not seem great but I’m happy with it, if we can be in the points after Sepang with the disaster of Qualifying we had there then I think we can be Top Ten here. I have a good pace and the Mahindra’s engine is good so there are a couple of people ahead of me I know I can get in front of.”